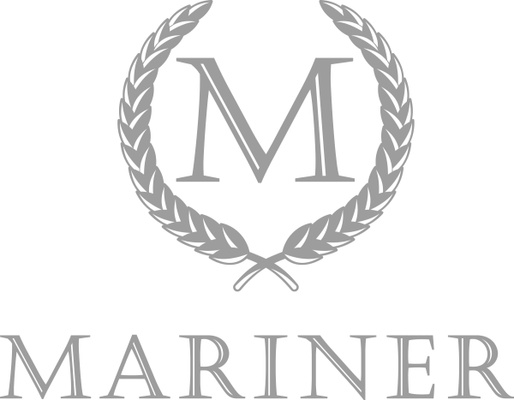 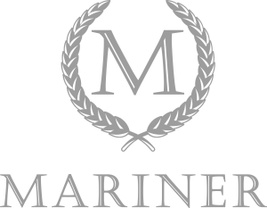 Black Guard Reserve is a shoppe containing a treasure trove of oddities assembled together to offer you an unusual, narrative retail experience.

In addition to selling out of print role playing games and aids, old comic books and selected new comics; leather goods, wizarding wands, related books, art, and more, BGR will also have available rare items included in the "reserve." These items have been discovered and brought back by Black Guard himself through his many adventures and make up the "reserve."

Thieves have an intricate role in Dungeons and Dragons. They can be a quiet listening ear to over hear a private conversation. They can lurk in the shadows to watch as corrupt magistrates conduct business. They have a way of coming up with money for dinner when everyone else is a little bit short on cash. Of course, this all done with the best of intentions. But one afternoon while in the town of Pels, Nemesis the thief of the group decided to go off by himself and was minding his own business when the town guards decided that he fit the description of a very nasty pick pocket. A climatic chase pursued as he wound his way through a small market square and innocent townspeople’s homes only to finally execute his well-planned jump from one roof top to the next. The dice were rolled and fate was about to be determined. The Dungeon Master, Scott, smiled his devilish grin and said, Nemesis has landed head first into a pile of horse manure that the towns public works officer had just collected. HAHAHAH, Scott roared, served you well ol’ chum, hopefully the smell of jail will be better than that you’re wearing now.

Back in the late 80’s, early 90’s our D&D group was comprised of 4 main guys who meet almost every week in the basement of Scott’s family home. We played D&D, talked about life and laughed for hours. Scott, his brother Jeff, Ron and myself were the tried and true to the group. There were a few others that drifted in an out of the ranks but we were the ones that showed up each week.   Time drifted by and each of our lives went into other directions; marriage, schooling, military and so we disbanded. Scott was the main dungeon master during our campaigns and he began to write down the story of our adventures. Years passed by and occasionally I would reconnect with Scott and catch up on things. It was during one of these times that he gave me a section of this manuscript for me to read. I read through it and hoped that someday I would get the rest of it. So, I tucked it away in a trunk and forgot about it.  Let it be said now that Scott was or had a hard line to him. If he thought you dishonored him, he didn’t let that go easily. Granted, Scott and I were good friends, but there was a time or two that I stood on the other side of that line and waited for him to come back to being friends.

In August of 2016 I received a call from Scott’s mom. She told me Scott had died. At 46 years of age my friend had pushed backed the earthly veil and traveled into the eternal. He left behind bewilderment; all those who tried to put an answer to the reason of death. He traveled into the land of mystery; where someday we all must go. I decided to start a memorial Dungeons and Dragons campaign in honor of Scott. I assembled my three children and one of their girlfriends and set them into the World of Greyhawk, where I, Jeff, Ron and Scott had played for so many years. I interwove characters from then into the now and we have been playing for the past 4 years. The new group has increased in size and we have expanded from a small round kitchen table to a grand hand-hewn wooden table located in the midst of The Exquisite Corpse Coffee House in Port Huron.  Black Guard was the name of Scott’s character in Dungeons and Dragons and Black Guard Reserve is in recognition of those adventure filled nights. Black Guard is the eternal adventurer, bringing back treasures from lands forgotten or not yet discovered back to The Reserve. Black Guard Reserve is a place where everyone’s inner geek can be brought to life.

P.S. Of all the years I have played Dungeons and Dragons, Nemesis was my favorite character, even if he couldn’t get that smell totally out of his leather armor.

Black Guard is a huge antiquarian with a vast library. Occasionally he will release some of these treasures to BGR.

BGR is proud to be offering WizKid Wands. These unique and one-of-a-kind wands are hand turned and designed by a local artisan.

Fantastic leather-bound journals to keep your game stats, to write down those inner most thoughts or a place to have famous people put their autographs has you venture through this realm.

BGR is proud to offer these handmade leather dice bags from a talented artisan from the Detroit area.

From superheros to fairy tale princesses, BGR will be offering a bit of each.

Movie posters, vintage and autographed; Rare pictures from the corners of realm and visual oddities that will make you think.

This full size Spanish suit of armor of the 16th century is a replica reproduction based on the ones that belonged to Charles V (Carlos V) and Philip II, today part of the collection of the Real Armeria in Madrid. The armor, each piece being meticulously handcrafted, has been made in polished steel and iron, characterized by exquisitely etched elaborate floral figures etched on the largest part of its surface. Provided with an fabric gown, sword with velvet wrapped hand grip and wooden platform reinforced with metallic angles.

An amethyst geode is a hollow rock with amethyst crystals lining the inner walls,. First the cavity must be formed. This can happen anywhere there is or was lava close to the earth's surface. As a result, amethyst geodes  can be found in thousands of places around the globe. This example has extraordinary color and measures 43" high and 12" wide at the base.

1826 French Church Clock. The public rarely sees the clock in the bell tower of a church. This 1826 clock is self winding and represents what it would look like in a church tower. The face is original with all the stone marks from children who threw rocks at the face over a period of 100 years.

This vintage Penobscot Root Club is from the 20th century. It is made of  birch wood and measures 28" long. It is painted by hand and of Maine Native American heritage. It features a chief .

Central Africa, Democratic Republic of the Congo, Kuba peoples, Bushoong  Clan, ca. early 20th century CE. A forged-iron war sword known as an  ilwoon with a double-edged, spatula-shaped blade bearing a pair of  protruding points. The tang is inserted into a wooden handle that is  wrapped with brass wires, and the surfaces of the circular pommel are  inlaid adorned with dozens of round-topped brass studs. Ilwoon swords  like this example were primarily used during battle, however they were  also worn during the funerary ceremonies for Kuba chieftains. Size:  18.625" L x 6.625" W